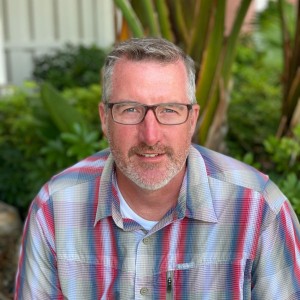 NASHVILLE, Tenn. (BP)–In order to comply with new safety regulations taking effect in June, churches need to replace their nursery cribs, which could already pose a danger to children and leave churches open to liability lawsuits.

Jim Swedenburg of the Alabama State Board of Missions served more than 10 years as a state missionary for church administration and said churches that have weekday ministries or daycares especially need to heed the new safety standards.

“If a parent had a child that was injured and the daycare was in that sense negligent in not having changed that bed, that’s going to put them at greater risk for any kind of liability judgment,” Swedenburg told Baptist Press. “In other words, nobody’s going to come around and inspect the cribs and force the church to comply, but if they don’t they’re still going to be taking a risk.”

For years, parents favored drop-side cribs because they could lower the rails on one side to more easily lift their children from the cribs.

At issue is malfunctioning hardware, including cheaper plastics or assembly problems that can lead to the drop-side rail partially detaching from the crib. A dangerous “V”-like gap between the mattress and side rail can trap a baby, causing it to suffocate or strangle.

Also, as children grow, they can apply more force to the crib by shaking it, running around in it or jumping up and down, the Associated Press said. To address this, the new safety standards affect far more than the drop side.

“A crib’s mattress support, slats and hardware are now required to be more durable and manufacturers will have to test to new more stringent requirements to prove compliance,” the commission said.

“The manufacturers were working closely with the board that was making the changes, so they knew the changes were coming. They just weren’t sure when,” Stacie Reeves, a sales representative with Church Interiors, told BP. “So we were able to in January introduce the new line and all the cribs that are coming out now are compliant.”

Child care centers and places of public accommodation, which include churches, must use only compliant cribs that meet the new standards by Dec. 28, 2012, the commission said. Until the cribs are replaced, owners are encouraged to check the cribs frequently to make sure that all hardware is secured tightly and that there are no loose, missing or broken parts.

“A consumer should not resell, donate or give away a crib that does not meet the new crib standards, such as trying to resell the product through an online auction site or donating to a local thrift store,” the commission said. “CPSC recommends disassembling the crib before discarding it.”

Consumers can check the safety commission’s website at cpsc.gov for companies that have recalled their cribs and are providing immobilizers to secure the drop-side on cribs. But a drop-side crib, even with an immobilizer installed, will not meet the new standards.

Swedenburg said churches should comply with the law, and beyond the safety and litigation risks, incompliant churches could send a negative message to parents who may be visiting for the first time.

“For guests to come to our churches looking for a place to attend, if the patterns of the past hold true, a lot of those people are going to be young adults with preschoolers,” he said. “If they come into a preschool facility and they see a drop-side crib, they’re going to say, ‘These folks are not taking care of my kids.’

“They may be wrong about that assumption, but any time churches fail to do something that even the parents are aware of, they’re going to think the church is not safe,” Swedenburg said. “So churches really need to take care of this. It’s the kind of thing that these young parents probably would not call to the attention of the church. They would just not come back.”

Gaelen Cole, a property and casualty program manager with GuideStone Financial Resources, said standard insurance policies will have coverage for the liability coming from defective products.

“As long as the church has made reasonable efforts to remove known defective cribs, there should be little problem with the church bearing the brunt of the negligence,” Cole said.

“However, if the church has not done so, there can be negligence attaching to the church for failure to follow up on known, well-publicized product recalls. Even in that case the church’s insurer should defend it, but then the limits of liability carried by the church could come into question. Standard General Liability policies have a $1 million per-claim limit.

“If that limit is exhausted — which could easily happen with a serious claim, especially if life-long disabilities are involved — the church would be protected by also having an ‘umbrella’ or ‘excess liability’ policy with additional limits of coverage,” Cole said. “These policies can have limits from an additional $1 million to $5 or even $10 million for premiums that may cost up to a few thousand dollars, depending on the specific insurer and church.”

Swedenburg said churches need to have a plan in place to convert to compliant cribs by the end of 2012.

“They might be able to set aside some funds on a monthly basis or just purchase one at a time as they’re able,” he said.

Ron Chandler, manager of the direct sales section of LifeWay Christian Resources, said LifeWay is aware of the new regulations and wants to assist churches in making the transition.

“We realize the burden this might put on churches, especially in these times, so we are working on some special financing and pricing for churches,” Chandler said.
–30–
Erin Roach is an assistant editor of Baptist Press.